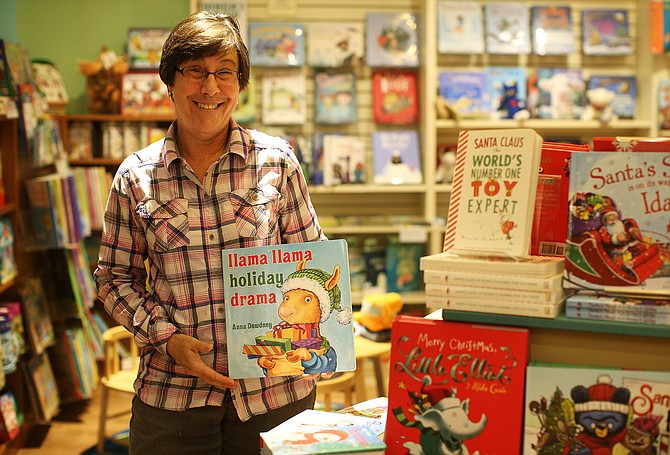 The season of giving is also the season of spending and consumers are expected to hand over to retailers a good chunk more of their income than they did last year.

Average spending per consumer for the 2018 holiday season is anticipated to be $1,007, according to survey results recently released by the National Retail Federation.

Merchants in Kootenai County are optimistic.

“The year so far has been good, so I would anticipate that, you know, barring some drastic change in the overall economy, everything should be good,” said George Balling, owner of the dinner party, a wine and gift shop in Coeur d’Alene.

Balling said that after an unusually quiet October, sales at the dinner party took off in November.

A significant part of Balling’s business is corporate business gifts during the holidays, items that are pre-ordered in advance allowing time for preparation and shipping.

“Everything we’re seeing on that piece of business is as good or better than last year, so I would anticipate it being a good year,” Balling said.

Nationwide for all retailers, holiday retail sales for November and December are expected to be up as much as 4.8 percent over 2017 for a total $721 billion, according to the National Retail Federation’s annual holiday spending forecast, a report that considers a variety of economic factors to project overall spending rather than per-consumer spending.

“Confidence is near an all-time high, unemployment is the lowest we’ve seen in decades and take-home wages are up. All of that is reflected in consumers’ buying plans,” said Matt Shay, National Retail Federation President and CEO, Retailers expect strong demand this year, and are prepared with a wide array of merchandise while offering strong deals and promotions during the busiest and most competitive shopping season of the year.”

Tariffs on goods from China that took effect in September are unlikely to have a negative impact on retail sales or prices this year because, according to Shay, retailers imported record volumes of merchandise ahead of the imposition of the tariffs.

Melissa DeMotte, owner The Well-Read Moose Bookstore in Coeur d’Alene, is another local retailer who sees things moving in a positive direction for the holiday retail season.

“The economy is still pretty good and gas prices are low,” DeMotte said. “I look at some of those kinds of factors for disposable income, so we are pretty optimistic about this year’s shopping season and we are encouraged by the people who are coming in early.”

November is the month most holiday shoppers, 60 percent, generally begin their holiday shopping, according to the National Retail Federation’s survey.

But a good number, 21 percent start browsing for and buying holiday gifts in October, and nearly as many begin shopping for the holidays in September.

When choosing a particular retailer, sales and discounts are the biggest draw for consumers, per 71 percent of those surveyed by the federation. Quality and selection, cited by 60 percent, are also high on the list as a factor. Free shipping and convenience of a retailer’s location were the other considerations shoppers frequently rely on when deciding where to shop for holiday gifts.

“You know, it’s been pretty steady all year but I do think this Christmas is going to be good, and especially for us, because we have a little bit more to offer and I think that a lot of local people like to shop here,” Krohn said.