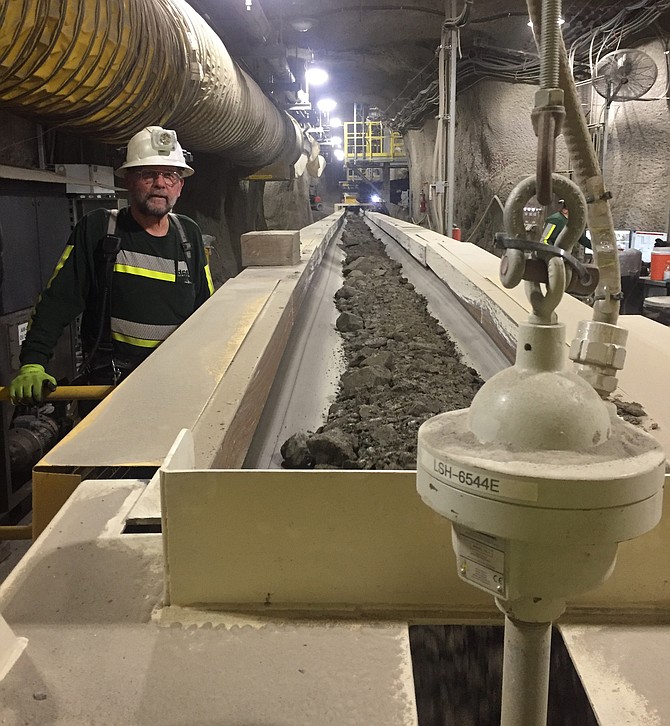 Clayr Alexander watches ore travel the belt to the #4 shaft, where it will be transfered to the surface and processed. JENNIFER PASSARO/BJNI

The smile is back on Luke Russell’s face.

Russell, VP external affairs with Coeur d’Alene-based Hecla Mining, could finally relax a little bit when sitting down recently for coffee at Calypsos.

The end of a long, acrimonious labor standoff can have that effect.

“The strike is over, and now we’re working to focus on the future,” Russell said.

What lies ahead is a lot of hard work, with the objective of getting the Lucky Friday Mine fully operational by the end of the year.

Russell said worker recall notices are going out and will initially bring back skilled trades including mechanics, electricians and a limited number of mill employees and miners. Part of the preparation project is getting work areas ready for the company’s remote vein miner, scheduled to arrive later this year.

Workers will return to a familiar environment but featuring a fresh new safety culture, Russell said.

“The Lucky Friday mine has worked throughout the entire strike period [with skeleton crews] without a lost time accident, and in 2018 did not even have a reportable safety incident,” Russell said. “This safety culture is built upon the National Mining Association’s CoreSafety, which is a management system approach to safety. Hecla was the first hard-rock mining company to be certified under this system and in 2019 the Lucky Friday, for the first time, won the prestigious Sentinels of Safety award, the highest safety award in the industry.”

According to Russell, miners and corporate officials agree: A safe mine leads to more production and higher worker compensation. The annual average payroll with benefits has been over $32 million, he said, which will be a much-needed shot in the arm to the local and regional economy.

“In fact, over the five years prior to strike, the Lucky Friday Mine contributed over $800 million to the regional economy in wages, benefits, goods and services, taxes and community giving,” he said.

The mine has also established its environmental performance credentials in the recent acknowledgment by the Idaho Department of Environmental Quality as being one of four Idaho companies designated as Pollution Preventers. The award recognized the mine’s implementation of state-of-the-art water treatment works and its initiatives on reducing waste and increasing recycling, Russell said.

The company is also advancing training programs that prepare workers for today and the work needs of the future. The mine’s progression system will increase worker pay as their skills increase. The company will help the workers make that progression, Russell said.

For example, the mine is in discussions with North Idaho College’s Workforce Training Center to assist in needed training for the future positions that involve the operation and maintenance of electro-mechanical-computer controlled equipment and systems. What’s known as mechatronics is the field of study integrating mechanical and electronics principles onto a single device, Russell explained. The training will give workers the knowledge required to assemble systems, troubleshoot, repair, and upgrade machinery and the associated control systems.

The mine is also doubling-down in its leadership training with an Energy Leadership Course that will assist supervisors in active listening and coaching, communication and problem solving, and courageous leadership, Russell said.

“The goal is to build upon all the skills and resources of the workforce to make the mine a success for the next 20 or more years,” he added.

Russell said he’s thrilled to see the nearly three-year-old strike in the rearview mirror, and is looking forward to everyone working together.

“In any work place the people are the company,” he said. “These relationships and support of one another is why these workers come back, along with the great pay and benefits. Hecla is pointing positive for a new and long term future at the Lucky Friday Mine.” 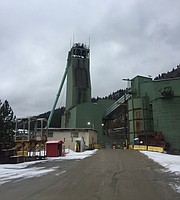 The Lucky Friday Silver Shaft once again will carry miners a mile below the surface to work.