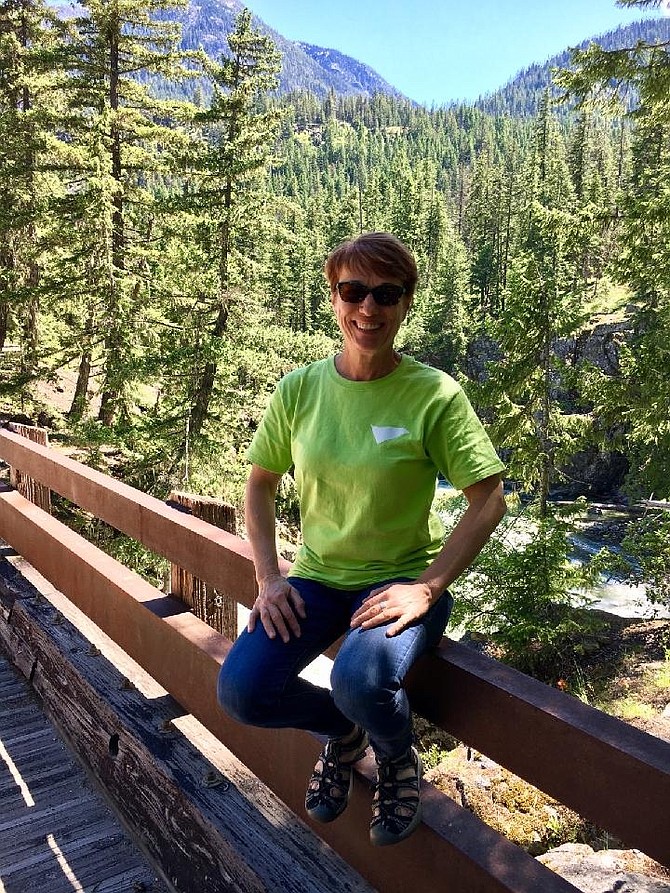 Sandy Young is the president of Verdis, a woman-owned engineering, planning, landscape design and construction firm based in Coeur d’Alene. The company has had a 10-fold increase in government contracts thanks to assistance and coaching from the Procurement Technical Assistance Center, based at Boise State University. Courtesy photo

Doing business with the government has paid off for a Coeur d’Alene woman-owned engineering, planning, landscape design and construction firm.

Sandy Young’s Verdis has experienced a 10-fold increase in government contracts since 2015, the year the company became certified under the 8(a) Business Development Program. Because of her success, Young was chosen as a featured business at Idaho’s Procurement Technical Assistance Center’s (PTAC) annual symposium.

Unfortunately, the April event was canceled due to the COVID-19 pandemic.

Young attended the 2013 symposium with her late husband, Gary. The featured speaker that year was a woman who started a home-based business selling garage door openers. After hearing the woman share her story of success as an 8(a) certified, woman-owned small business, Young turned to her husband and said: “That will be me up there someday.”

Young said her husband looked at her and said, “I have no doubt.”

“It was a sweet moment I will never forget,” Young said. “That was my first experience with PTAC.”

Based at Boise State University, the Procurement Technical Assistance Center helps small businesses like Young’s navigate the ins and outs of government contracting.

“People don’t realize the government can be a customer,” said Lori Manning, PTAC’s state director. The organization is under the umbrella of the Department of Defense, sponsored by the DOD’s Defense Logistics Agency and its Idaho office is hosted by BSU. By June 1, PTAC is planning to hire a representative to serve businesses in the Coeur d’Alene area.

“I was so very impressed with what Sandy had accomplished in 8 years,” Manning said. “She went from a small, hometown business to expanding to do quite a bit of business with the government.”

In the last year, Verdis has landed multiple projects with the City of Seattle and the Pike Place Market Preservation and Development Authority thanks to the firm’s historical renovation experience. Between the Coeur d’Alene headquarters and an Anchorage office, Verdis has 20 full-time employees plus a field labor force. Young said the company is considering expanding to St. Louis, Mo.

Manning was hoping that as a featured speaker, Young’s story of success would spark a fire in other small business owners.

Businesses of any size can bid of government contracts. Though PTAC has had a quiet presence in Idaho, Manning is trying to increase awareness and improve outreach. A record crowd of 250 was expected at this year’s symposium, Manning said.

In the wake of the COVID-19 pandemic, Manning said businesses with government contracts are continuing to work and bring in money to keep their company afloat.

“Right now, in difficult times, what a great way to bring in revenue and make sure your people stay employed,” Manning said. “The government is going to pay their bills.”

How has Verdis fared?

Verdis’ government work has continued with concerted precautions both in the office and on job sites. Employees who have experienced difficulty with day care or have vulnerable family members have been allowed to work from home. Only one of Verdis’ government projects has been put on hold and that is at Pike Place Market.

“We have been deemed an essential business,” Young said. “Earthquake repairs in Alaska and dam and levy work in the West and Midwest is work that is critical to our communities.”