Culinaire Express: A bakery with a different approach 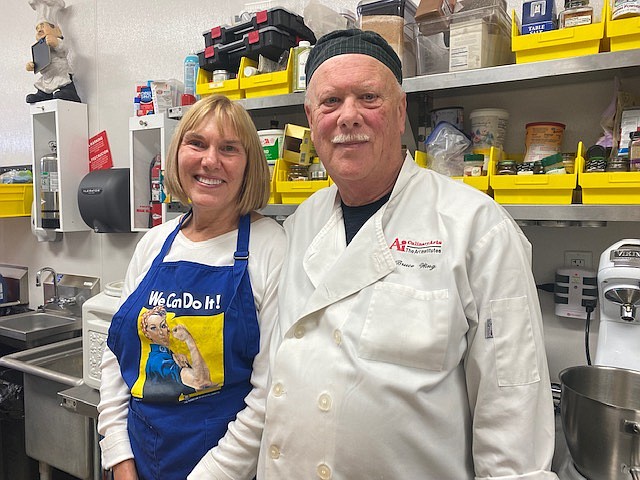 Master baker Bruce Wing and his wife Kristen, owners of Culinaire Express in Post Falls, stand in the center of their private commercial grade kitchen. Bruce does all of the baking while Kristen said, "I do the finances, and the dishes."

“I use the wholesale model,” Wing said. “No one is really doing what I do.”

With a focus on supplying events and restaurants, Culinaire Express is all about big orders.

Following a 30-year career selling medical and surgical equipment, Wing enrolled at The Art Institute of Houston for culinary arts.

After receiving a degree, he studied pastry arts with a German master baker at Harris County Community College in Texas.

Overlooking the river in Post Falls, Culinaire Express has been in business since 2015, and Wing has found the perfect niche market to thrive in.

Every aspect of quality baking has been considered, even a commercial-grade water filtration system. “Baking depends on good water,” Wing said.

Baking on a grand scale made sense to Wing. “I learned the art of production. We made hundreds of mousse cakes, bear claws, danishes and cheesecakes,” he said.

Wing carefully sources ingredients locally and from across the globe. Culinaire Express creates almost every single element from scratch.

“My focus is on flavor combinations and classic complementary flavors,” Wing said. “Simple is better.”

Flavors are limited only by one’s imagination.

Wing’s favorite is his mousse because it's so light. “You can still dance the light fantastic after you eat one,” he said.

She described the moment Bruce decided to pursue his dream.

“We were walking our two rescue dogs one evening,” Kristen said. “Bruce told me that if he won the lottery, he would go to chef’s school.”

“We walked a little farther,” said Kristen. “I said, come on, we can’t count on winning the lottery — you need to do what you need to do.”

With that, Culinaire Express was conceived. The Wings arrived in Coeur d’Alene in 2010 and, five years later, launched the bakery.

Besides the ever-expanding repertoire Bruce offers, another thing making Culinaire Express different is the absence of a retail space.

“Retail makes everything more expensive,” Wing said. “It requires too much — rent, storefront, staff members and product waiting around for someone to buy.”

Wing’s approach means everything is always fresh. Besides, he said, "I can experiment when the mood strikes me, and I don’t have to share the kitchen with anyone else, other than Kristen."

Business Journal of North Idaho staff were treated to Wing's Cherry Jalousie, proof that the baker knows what he's doing. Every crumb of evidence quickly and happily disappeared. 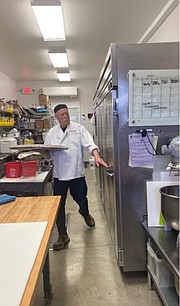 Outfitted with a full commercial grade kitchen, Wing focuses on serving event venues and restaurants; it's not uncommon for him to make desserts in quantities of 500 or more. 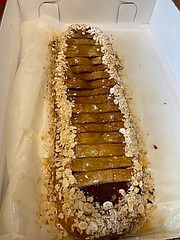