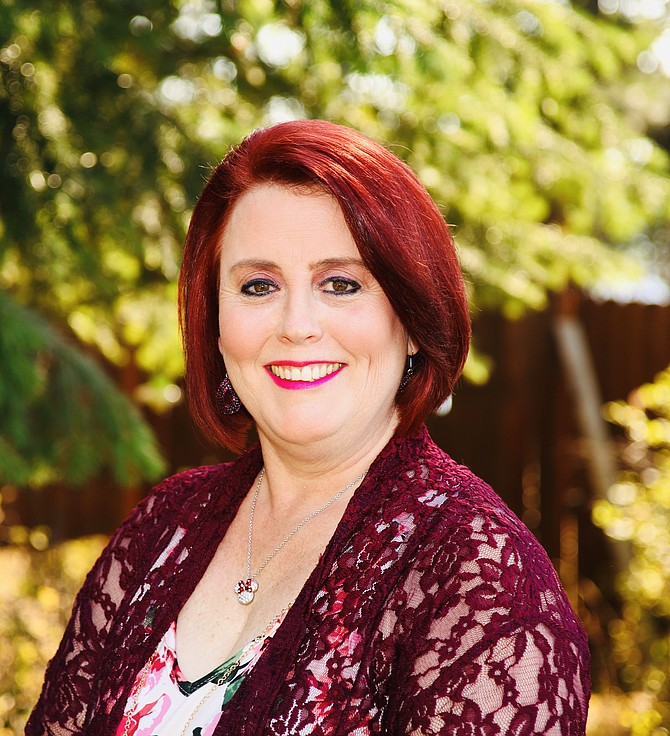 “The first week of August hangs at the very top of summer, the top of the live-long year, like the highest seat of a Ferris wheel when it pauses in its turning. The weeks that come before are only a climb from balmy spring, and those that follow a drop to the chill of autumn, but the first week of August is motionless, and hot. It is curiously silent, too, with blank white dawns and glaring noons, and sunsets smeared with too much color.” — Natalie Babbitt

First, is August indeed the hottest month in the northern hemisphere? Well, it seems that July is probably the winner of this contest. After I've checked almost all capital cities in the northern hemisphere, I found July temperatures to be as hot as or hotter than August temperatures. This is the situation in all western and eastern European capitals and most of the Middle East and northern Africa. The big cities in North America are also mostly characterized by hotter Julys. In fact, the only capital city in which August is significantly hotter than July is… Jerusalem!

This is because the temperature on a given day depends on several factors of which direct sunlight is not the most important one. The most influential factor is the Earth's heat capacity: the sun warms up the Earth, which later radiates off heat in the form of electromagnetic radiation at longer wavelengths than that absorbed. This process is time-consuming, and the difference usually sums up to 4-6 weeks.

This phenomenon is not unique to summertime; the day on which the northern hemisphere receives the least sunlight is Dec. 22, the shortest day of the year. Despite this, the coldest months are usually January and February, once again due to the time it takes for the Earth to radiate off its absorbed heat.

In fact, this explanation is also relevant to other climate phenomena, and not necessarily in the timescale of months. Anyone who's ever been up outdoors in the wee hours of the night, either night swimming or simply waiting for the sun to rise, knows that the coldest hours are not at the peak of the night but rather when sunlight begins to appear. The temperature of the ocean water also drops to a minimum just before sunrise and not in the middle of the night.

Another reason has to do with precipitation, in any of its forms. Along with the wind that usually accompanies it, rain cools down the air and brings down the overall temperature. June is usually slightly wetter than July and August and hence cooler. In some parts of Asia, summer is the wet season (monsoon season). In this part of the world the hottest month is the last dry month of the year — usually April or May.

So, with that said, hopefully you all made it through August here in our area and avoided heat exhaustion or heat stroke!

Some may ask “What is the difference?”

Let’s just say you’re out working in the yard on a summer afternoon and you’re sweating. Your skin feels moist and flushed. You’ve got a headache. You feel dizzy, nauseous and exhausted but your body temperature is near normal.

You may not realize it, but you’re suffering from heat exhaustion! This typically occurs as a result of excessive heat and dehydration. Blood flow to the skin increases, causing blood flow to the vital organs to decrease. The result is a form of mild shock, which can lead to heat stroke if left untreated.

What should you do if you suffer from heat exhaustion?

According to the American Red Cross, you need to get out of the heat and into a cooler place. Remove or loosen tight clothing and apply cool, wet cloths, such as towels or sheets. Slowly drink a half glass of cool water to rehydrate yourself and continue doing so every 15 minutes until you feel better. Don’t drink anything that contains alcohol or caffeine. Rest in a comfortable position and monitor any changes in your condition!

What is the difference between heat exhaustion and heat stroke?

While heat exhaustion is quite serious, heat stroke is life threatening and requires immediate medical attention. With heat stroke, your temperature control system stops working, which means your body won’t produce the sweat it needs to cool down. Your body temperature can rise so high (possibly as high as 105 degrees) that you may suffer brain damage or die if your body is not cooled quickly!

Most importantly, stay well hydrated, wear loose fitting clothing, or just stay inside where it is cool until the temperatures drop a little!

The Hayden Chamber had some events in July that were outside, and we took this information above to heart.

Thank you to the city of Hayden for allowing us to participate in the Hayden Days Parade and special thank you to Knudtsen Chevrolet for letting us borrow the red, white and blue trucks as our floats. We couldn’t have done it without our volunteers who helped pass out candy and flyers and drive the trucks through the parade. Thank you to everyone!

Keep an eye out for our Connecting Community & Business EXPO Fair on Sept. 14 from 4-7 p.m. at the Silver Lake Mall. The community is welcome to attend this free event and come check out more than 30 businesses to find out a little bit more about what they have to offer!

It may seem too early to talk about Christmas, but we are making sure we have a great head start on it this year. We already have vendors signing up for our 2nd Outdoor European Christmas Market that will be taking place Dec. 2-3 at McIntire Family Park in Hayden. If you are interested in being a vendor, please contact me for further information!

Andrea Fulks is the president/CEO for the Hayden Chamber of Commerce. 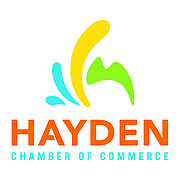 The Hayden Chamber of Commerce celebrated a ribbon cutting at Inland Kava Bar.

The Hayden Chamber of Commerce celebrated a ribbon cutting at Melissa McPartland-Veteran.

The Hayden Chamber of Commerce celebrated a ribbon cutting at CTR Spokane RC.

The Hayden Chamber of Commerce celebrated a ribbon cutting at Safety Net InlandNW.

The Hayden Chamber of Commerce celebrated a ribbon cutting for Michael Wolsten Consulting.

The Hayden Chamber of Commerce participated in the Hayden Days Parade.

The Hayden Chamber of Commerce participated in the Hayden Days Parade. 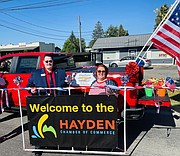 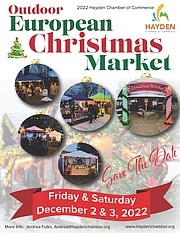 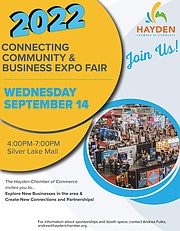