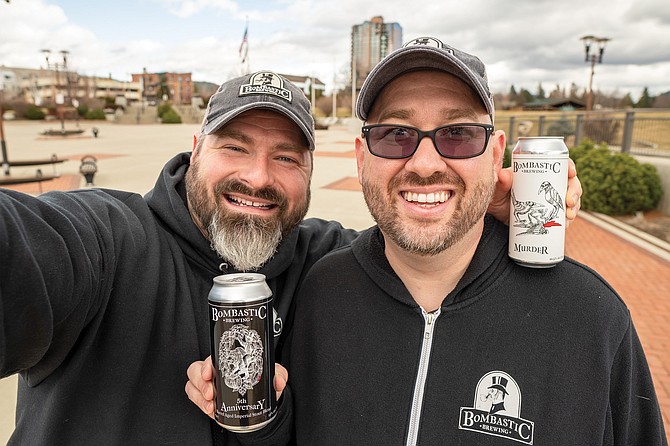 The craft brewery based in Hayden has inked distribution deals in Idaho, Washington and Utah, and has Oregon and Montana in its sites.

Founded in 2016, Bombastic Brewing is known for its adventuresome and nontraditional craft brews. Bombastic’s signature Murder, a wordplay on the grouping of crows featured in the can’s artwork, was recently re-released. The Mexican Chocolate Imperial Stout has notes of vanilla and cinnamon, a chocolate finish and a slight kick of peppers.

“Murder is what we first worked on together with the goal of it being one of our flagship recipes,” said brewer Matthew Skillicorn. “Twenty or so batches later, we finally hit what we think is not only a drinkable 10.5 percent stout, but also a balance of heat and sweetness from the adjuncts. We are excited to bring it back year after year and hope everyone enjoys it as much as we do.”

“Our motto is ‘Beer Brings Us Together’ and that’s true on so many levels,” said co-founder Russell Mann. “We strive to have a synergistic relationship with other craft breweries. We have less overhead, the ability to produce greater volume, and bringing our business to other breweries can help them supplement their income.”

The trade group Brewers Association estimates the craft beer industry took a $6 billion hit in 2020 and more than 22,000 industry jobs were lost. Though the craft beer community struggled, Bombastic doubled down, releasing a barrel-aged stout to celebrate its 5th anniversary, and expanding its market by contracting out distribution.

Bombastic was also bolstered with industry recognition and multiple awards.

“We set out to push the envelope in Idaho,” said brewer and co-founder Phil Hottenstein. “Our customers see our beers and know what to expect. We’re always aiming to surpass those expectations.”

A map of retail outlets is available on Bombastic’s website https://www.bombasticbrewing.com. 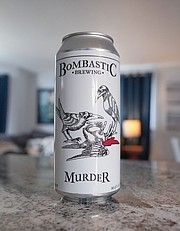 Bombastic Brewing’s signature Murder, a Mexican Chocolate Imperial Stout, is a wordplay on the grouping of crows featured in the can’s artwork.

Bombastic Brewing, an Idaho craft brewery, has inked distribution deals in Idaho, Washington and Utah, and has Oregon and Utah in its sites.