Fake it 'til you make it 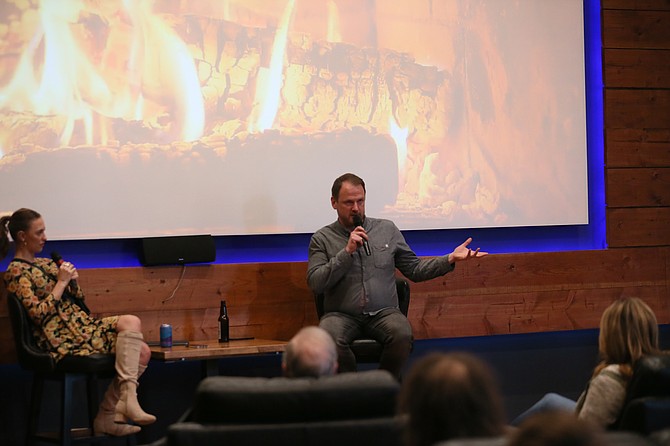 Nanom CEO Armann Kojic shares experiences from his professional life, starting with selling ads for his university newspaper, during a Fireside Chat in the Innovation Den.

One of the public services of Innovation Collective in Coeur d'Alene is its monthly fireside chats. Here's what attendees learned at the May chat.

The lesson behind the aphorism "fake it 'til you make it" can be incredibly risky.

His father used to own advertising agencies, so Kojic was introduced to marketing tools and software at an early age. He was 14 when he made his first ad, which his dad highly praised.

"I sold him the ad that day. It was my first ad I created,” Kojic said. "I got into advertising pretty early."

During his university years, he found himself selling ads for his school newspaper.

The first big client he secured was Coca-Cola, which wanted ads for a whole year.

"They said, 'We don’t have ads for that demographic. Do you know of a good agency to make the ads?' and I said, 'Of course. I have an agency/ I’ll help you out,'" Kojic said. "I didn’t have an agency. I called my friend and said, 'How do you create an agency?’ So that’s how I started my first agency."

A brilliant business risk for a young entrepreneur, this was the start of a prolific career for Kojic, founder and CEO of Nanom.

Nanom is an international nanoparticle company with partners that include battery manufacturers and key suppliers to the automotive industry. Kojic described it as being "built on a vision to change energy and create new ways to store energy." The company is based in Iceland, where Kojic grew up.

Kojic was the featured guest during the May 11 Fireside Chat in the Innovation Den in downtown Coeur d'Alene. He was interviewed by the collective's community lead, Kirsten Rowley, in front of a group of about 40 people.

Now based in California, Kojic has since built quite the resume for himself, serving as owner, vice president, marketing director, founder and design officer for several companies through the years.

He shared great insight into the startup world, including fundraising advice and how to unwind after long stretches of work.

He stressed the importance of building community, finding a product or process that is relevant, and being true to oneself while building pathways to success, which is really just finding contentment.

"Understand what you're resolving and understand the problem," he said.

He also emphasized it's OK to make mistakes along the way.

"I don't believe in failure," he said. "Everything happens for a reason."

Armann Kojic, CEO of nanoparticle company Nanom, speaks to the audience during the May 11 Fireside Chat in the Innovation Den.